Short biography:
Craig Murray is a historian and human rights activist. He served for twenty years in HM Diplomatic Service, including a controversial tenure as Ambassador to Uzbekistan, and is a former Rector of the University of Dundee. He has published Murder in Samarkand, The Catholic Orangemen of Togo and Sikunder Burnes.

About the talk:
Craig never knows what he is going to talk about until he gets to his feet, but will doubtless include a radical analysis of recent mould-breaking political developments worldwide. 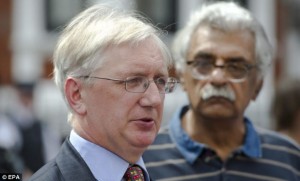