The original ‘Headstrong Club’ met in Thomas Paine‘s time, and arguably helped form some of the ideas behind The Rights of Man. 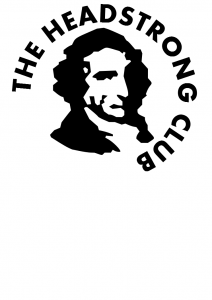 Formed in 1987, the Club promotes high-quality discussion and debate on a wide range of topics. Some are political – though the Club has no party affiliations: others explore social aspects of historical or scientific topics. each meeting has a prominent guest speaker, but everyone is encouraged to join in the discussion.

Recent topics ranged from the future of the NHS to publishing in the internet age, and speakers have included former cabinet minister Lord Tim Renton, journalist Nick Davies, lawyer and blogger David Allen Green, and Roger Smith, Director of Justice. The format occasionally varies, e.g. by having a debate or a panel of speakers.

The Club normally meets above the Elephant and Castle, White Hill, Lewes at 8pm. There are usually 9 meetings annually (roughly once per month, except for a summer break).

A charge of £3 is made for entry to meetings, and providing an email address ensures notification of dates and speakers.