First elected to Preston City Council to represent the Tulketh ward in 2002, Councillor Matthew Brown has since taken on portfolios that include Community Engagement, Inclusion, Social Justice and Policy Initiatives.

Matthew has been widely credited as the driving force behind the ‘Preston model’, an economic model that re-directs procurement from external suppliers to local producers as a response to central government funding cuts that have slashed the city’s budgets since 2011. Recently, Matthew and the Preston model have gained traction with economists searching for alternative economic theory and practice.

About the talk:
For decades it has been the case the current economic model has been less geared toward working in the interests of working people. This failure has been exacerbated by the global financial crisis of over a decade ago and from that deep austerity which has raised a debate about the need for new approaches with this systemic failure.

Community Wealth Building offers a response at a local and regional level which seeks to address issues around ownership and control of local economies. It is a growing international movement looking to create more democratic local communities in which a variety of approaches are adopted including public procurement, worker ownership, municipal enterprise including insourcing, living wage strategies, impact investing from local government and public pension funds and community banking.

Within the U.K. the ‘Preston Model’ has received substantial coverage as one of the first adopters but now over 50 areas in the U.K. are adopting community wealth building strategies ranging from the Scottish and Welsh Governments, Liverpool and Greater Manchester City Regions and a growing number of local authorities including a number now in London. This is a movement likely to grow stronger in coming years so come along to hear more at Headstrong. 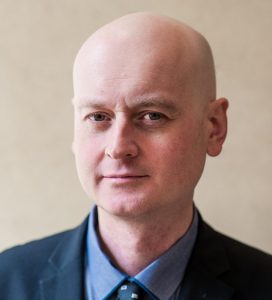 Tickets:
They are £3 and you can purchase them on the door or about a week before at the venue. Please note that the capacity of the venue is limited, we recommend buying the ticket in advance to avoid disappointment.