About the talk:
The presentation will consider the ethical and economic arguments for moving towards an income distribution system in which a basic income, paid as a regular sum, as a right, without behavioural conditions, would be the base or anchor. The lecture will consider why basic income has become more of a mainstream policy option, and then review the standard objections that have been raised by critics.

The presentation will draw, in part, on a recent book, Basic Income: And how we can make it happen (London: Pelican), and on a series of basic income pilots in which the author has been engaged.

Brief bio:
Guy Standing is Professorial Research Associate at the School of Oriental and African Studies< University of London. He is a Fellow of the British Academy of Social Sciences and co-founder and now honorary co-president of the Basic Income Earth Network (BIEN), an international NGO that promotes basic income. He was previously Professor of Development Studies in SOAS, Professor of Economic Security, University of Bath, Professor of Labour Economics, Monash University, and Director of the ILO’s Socio-Economic Security Programme. He has been a consultant for many international bodies, including UNICEF, UNCTAD, UNDP, the European Commission and the World Bank, has worked with SEWA in India for many years, and was Director of Research for President Mandela’s Labour Market Policy Commission. His career has combined being in the United Nations, being an activist (working for SEWA, et al, and steering BIEN), and being an academic. He is on the editorial boards of various academic journals, including Development and Change, Work, Employment and Society and the Indian Journal of Labour Economics. He has been invited to give lectures in over a hundred universities around the world, and has twice been invited to be a speaker at Davos. His recent books include The Precariat: The New Dangerous Class (2011), translated into 20 languages; A Precariat Charter (2014); with others, Basic Income – A Transformative Policy for India, and The Corruption of Capitalism: Why Rentiers Thrive and Work Does Not Pay (2016). His latest book is Basic Income: And how we can make it happen (Pelican, Penguin, 2017). 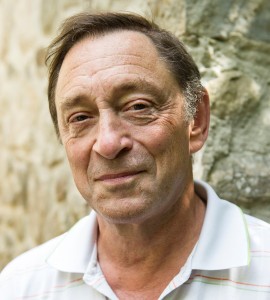