‘How Much is Enough?: Money and the Good Life is a 2012 popular economics book by Robert Skidelsky and Edward Skidelsky. It was published initially by Other Press and later by Penguin Books.
The book asks why Westerners work so many hours per week and lead lives that revolve around money, business and financial decisions in defiance of John Maynard Keynes’ 1930 assertion[1] that there would come a time (around 2015) when capitalism would be able to provide for all our needs and the work week would drop to 10 or even 5 hours.
The book and (Edward Skidelsky’s writing generally[2]) looks into the idea of The good life and how Capitalism may have been the key to it, but we have now lost sense of the good life as a priority.
The solutions offered to this problem are to “curb insatiability” and to consider a form of basic income for society’

My original research was on the early twentieth century German philosopher Ernst Cassirer (published in January 2009 with Princeton University Press asErnst Cassirer: The Last Philosopher of Culture) but my interests have since shifted to moral and political philosophy. I have written essays on the ethics of capitalism, the value of happiness and the philosophical importance of the history of ideas. My most recent book, co-written with my father Robert, is called How Much is Enough? Money and the Good Life. It came out in the UK with Allen Lane in June 2012 and has been translated into 15 languages worldwide. A following book, The Language of the Virtues, has been commissioned by Princeton University Press.
I appear regularly in the press and on radio on subjects including philosophy, religion and intellectual history. Here is a link to a Radio 3 debate between me and Richard Layard on happiness:http://www.bbc.co.uk/programmes/b01mkbqq. And here is a video of a talk I gave on “genuine leisure” in Dublin on 15 October, 2014:http://www.iiea.com/events/an-adequate-economic-discourse-for-the-europe-of-our-grandchildren 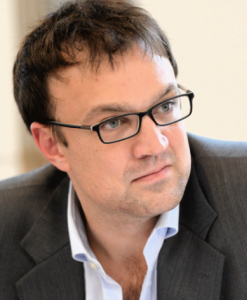 Tickets:
They are £3 and you can purchase them on the door or about a week before in the venue.

Upcoming events - click on a speaker's name for more details