Suryamayi was born and raised in Auroville, India, the largest and among the longest-standing intentional communities in the world. She is currently a doctoral researcher in Development Studies at the University of Sussex, focussing on how the Auroville experiment furthers our understanding of the practice and potential of shaping conscious, alternative societies. Her work engages with several aspects of community – notably socio-economy, governance, education, and cultural life – exploring how these are shaped within Auroville, and by its spiritual ideals.

Suryamayi previously wrote an award-winning bachelor’s thesis on the community at the University of California, Berkeley, with which she graduated with highest honours. She regularly lectures on her research and experience of Auroville, of which she is an on-going member, at international conferences in India, Europe and North America. In Auroville, Suryamayi is active in facilitating research related to the community, community administration, and conscious embodiment practices.

“A map of the world that does not include Utopia is not worth even glancing at, for it leaves out the one country at which Humanity is always landing. And when Humanity lands there, it looks out, and, seeing a better country, sets sail. Progress is the realisation of Utopias.” Oscar Wilde

Throughout human history, we have aspired for progress in human society. For centuries philosophers, economists, writers and political scientists have theorized and envisioned how ideal societies may be construed, and intentional communities have often acted as laboratories for the implementation of these ideas. Most such utopian communal experiments were short-lived, although not unsuccessful in pioneering change in the mainstream societies in which they were embedded.

Auroville, an international, spiritual township founded in 1968 in southern India, celebrated its 50th anniversary last year as the largest and most diverse intentional community in the world, with approximately 3000 people of over 50 nationalities, half of which are Indian citizens. Inspired by an experimental ethos and an applied spiritualism that seeks to engage with and transform all aspects of individual and collective life towards a more conscious and sustainable society, over the last 50 years, Auroville has been a focal point for the development of myriad alternative practices, in the realms of governance, economics, education, environmentalism, and others – some of them award-winning, inspiring people and projects worldwide.

It is endorsed by both the Government of India and by UNESCO; these (and other) national and international bodies have chosen to do so because Auroville represents a viable attempt at realizing a ‘model’ society. However, unlike previous utopian communities, which often sought to enact predetermined, theoretically perfect, societies – and invariably failed to do so – Auroville was conceived without a blueprint, as a “laboratory for evolution.” Its process of development is a fascinating, applied quest and experiment in holistically prefiguring an ever-evolving, spiritualised society.

“Communities are also laboratories for social change, and a new generation is being socialized within the community culture,” observes intentional community movement scholar Marguerite Bouvard. A born and raised Aurovilian, I am a voice of that socialization, I speak to and from my personal experience of growing up in Auroville – as well as of my cosmopolitan experience of having lived, worked and studied in both Europe and the United States – in discussing how the Auroville experiment can inform progress in broader social contexts, while careful consideration of the transferability of its endemic practices and spiritual culture. 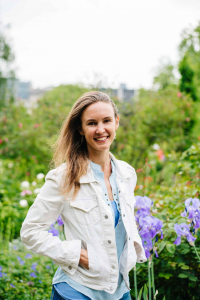