About the speaker and the talk:

Foil Vedanta is currently monitoring Vedanta’s copper smelter operation in Tamil Nadu, India, following its shutdown after the 22 May 2018 police shooting that killed 14 protestors against the three decades long polluting copper industry there. While Das is sometimes presented as anti-development bogey, with separatist agenda and who does not want India to be developed, his campaign aims at defending all of India’s communities, including Dalits and Adivasis, and preventing further degradation of the natural environment.

Das is an expert on impacts of mining on environment and indigenous people, and lectures nationally and internationally about the financial structures of the extractive industries. His coming book is about the history of Iron Ore mining.

Samarendra Das an activist and documentary filmmaker based in London who founded Foil Vedanta and successfully lead the campaign to delisting of Vedanta from London Stock Exchange and played an important part in protecting the Dongria Kond’s sacred mountain Niyamgiri and bringing the environmental liability of Kafue river tributary affected communities ongoing pollution legacy to international fora is now under target by the Vedanta as a foreign hand behind the protest against their copper smelter and reason behind the riot that killed 14 people including 2 women and a child in 22 May 2018. It is often presented by the right-wing press as a separatist agenda and anti-development bogey who does not want India to be developed. This is one of the many reasons why we need to highlight why India is becoming one of the top five dangerous places for women, environmental mining and human rights defenders. 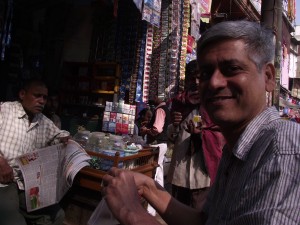